I am Chris Nicole, an IFBB Bikini Professional. Growing up I was very active as I participated in several different sports. It was during this time I developed a love for team camaraderie and discovered the value of competition in high-level athletics. As a preteen, I struggled with weight and, at 17, I battled an eating disorder. With the help of a dietitian, I developed the skills necessary to manage these behaviors and found a love for nutrition. While attending college during my undergrad at Taylor University, I discovered weight training and it was there that I found my true passion for personal training and helping others with their fitness goals.

To that end, after returning home to Philadelphia with my Bachelor’s degree, I ultimately decide to pursue my passion and enroll in the National Personal Training Institute. There I received my NASM certification and additional certificates in both exercise and nutrition. While I began my fitness career personal training, I embraced the competitive spirit and, in 2015, hired Amy Ehinger as my Bikini prep coach. I became nationally qualified in my first NPC show, placed 15th in my first IFBB Pro Qualifier at NPC Universe, and, two months later, won my IFBB Pro Card at NPC North Americans in Pittsburgh in August 2018. 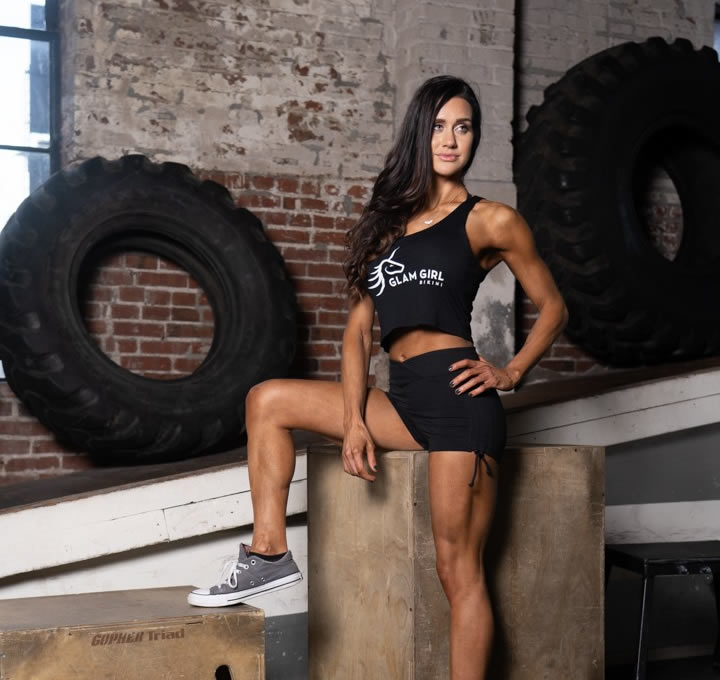 After receiving my Precision Nutrition certification, I decided to join Glam Girl Bikini as a coach, desiring to help women achieve their goals against any odds – especially considering I successfully met my goals despite severe Scoliosis and Hypoglycemia. Because of this, I believe an individual’s mentality is pivotal to their success and that, with the right guidance and community of support, I believe challenges are meant to be conquered.